Buying the Right Boiler For My Home in Fire Island NY

What is arguably the most convenient creature comfort we as human beings have the luxury of enjoying (aside from the loo) is an indoor heating system. At the heart of every radiated heating system is the boiler as it produces the hot water or steam and distributes it throughout your home. Selecting the right boiler will allow you comfort and ideally smaller energy bills for years to come. There are many factors to consider in this process and we will walk you through each part. Ultimately we are here to help you with your decision. 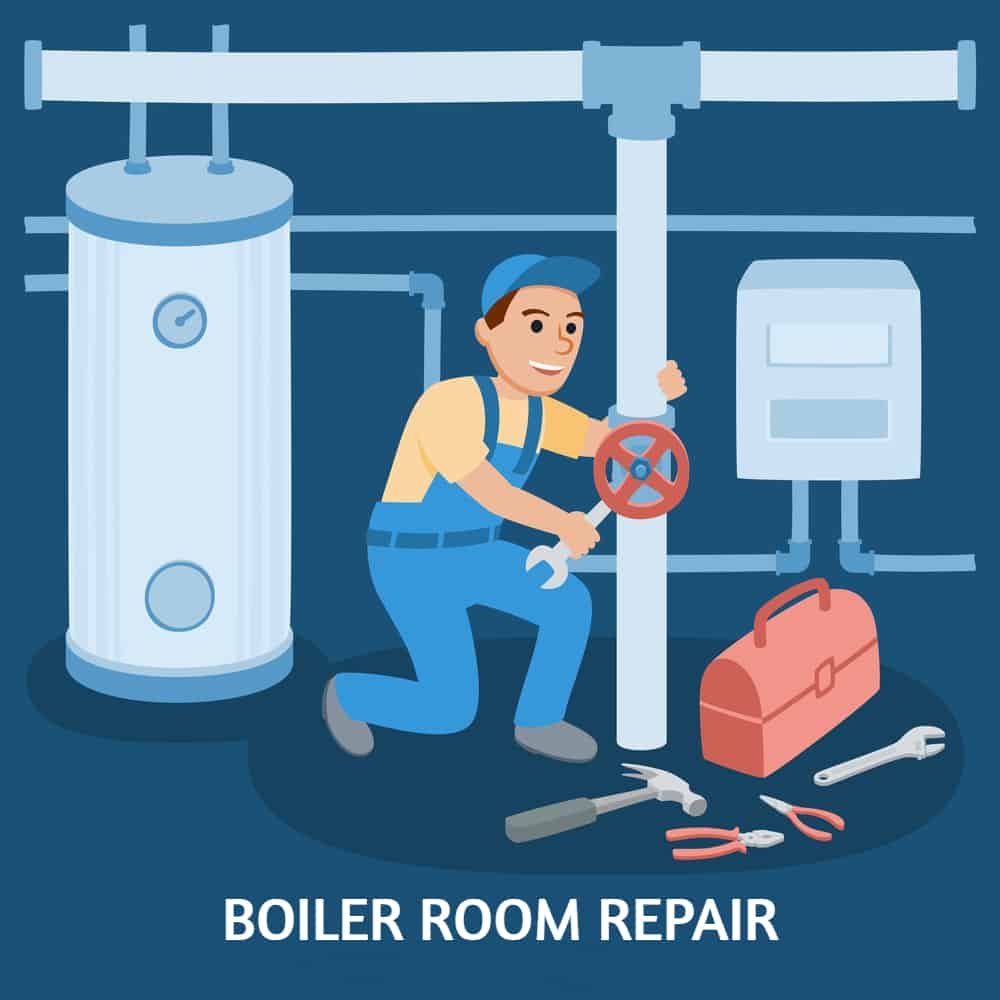 When choosing what type of boiler to go with first you must decide if it will be a hot water or steam application. The first indicator to take note of would be your radiators. A steam system would be used for cast iron, baseboard or panel radiators who all have a similar vent that allows for air to escape and steam to enter when the system first starts up. Systems that have a single connection hooked up to them most likely are steam where if there are two connections it could be steam or hot water. A telltale sign for a hot water system though is if there is radiant heating installed in the house. Aside from the radiators you can check the boiler itself. If the boiler has a small glass tube mounted to the side of it then it is likely a steam boiler. Hot water boilers would not have this same tube but instead have other accessories installed near or in the attic such as a tank or a pump. If you are still unsure KS Mechanical Services can assist you in determining which type is needed.

Once you have determined whether you need a hot water or steam system, it is time to understand your fuel option. You essentially have four fuel options. Natural gas, liquid propane, fuel oil or electric. Natural gas is very common and usually plumbed straight to your unit from a utility main. Propane is the next common fuel and is usually stored in a tank on your property either above or below ground and would need to have a delivery a few times a year to replenish. Fuel oil is used where gas is not available and is common in Suffolk County and Fire Island NY. The storage tank is also located on your property and needs to be refilled throughout the year. Finally there are electric boilers which are typically available where the other fuel types are not readily available or are too expensive.

When choosing the right ventin goption for your home you must consider a few things. What type your existing boiler is, your home’s construction and the efficiency you are looking for. The three main options for venting are chimneys, power venting and direct venting. This is where a thorough investigation of your existing venting situation is necessary by one of our engineers at KS Mechanical Services to be certain of the safety and function of these vents. Our engineers can also go over the efficiency ratings, modulating and staging with you as well.

If you are looking for consistent and efficient comfort then you must consider the size of your unit. If you felt like your comfort level was sufficient with the size of your last boiler, then it may be in your best interest to keep that same size moving forward. There are pretty complicated calculating involved when sizing a heating unit for your home, so for the most accurate assessment and conclusion on what size is best for your space then having our specialists at KS Mechanical Services in Fire Island Suffolk County NY handle that for you.

Once Your Decision is Made, Consistency is Key

Now that you have selected the best boiler for you and your home it is time to stay on top of it. If you have a unit that requires a delivery then you are most likely more aware of it and it’s function all year round. So staying ahead of any issues before the colder months set in is probably more likely to happen. But because you can essentially go on autopilot with your unit when it is being fed it’s fuel directly, it may be very easy to ignore the annual upkeep that should be happening. To ensure you have a properly functioning boiler, you should have it serviced once a year. KS Mechanical Services in Fire Island can service your boiler for you so you can have full confidence in knowing that your boiler will be ready for the colder weather in the Fall and Winter. We pride ourselves in providing thorough and honest service and never insist on anything that isn’t absolutely necessary. Preventative maintenance is key to a healthy system and can prolong the life of your new boiler.

KS Mechanical Services takes pride in always doing what is in the best interest of our customers and never recommending anything that isn’t necessary. We have had a long and successful decade plus of service to homeowners and business owners all over Nassau and Suffolk and the greater Fire Island NY area because of our honesty and commitment to exceptional service. We appreciate your confidence in our professional opinion and vow to only suggest what is in the best interest of your pockets and your safety. We as a company work out of Fire Island and live all over Long Island ourselves and always want what is best for our neighbors and our friends.

If you are looking for quality boiler maintenance by a company with over ten years of experience, then look no further than boiler repair Fire Island Suffolk NY and the surrounding areas by KS Mechanical Services. We pride ourselves in supplying you with our expert technicians and our exceptional service department. Give us a call at 631-889-3617 today!

Some information about Fire Island, NY

Fire Island is the large center island of the outer barrier islands parallel to the south shore of Long Island, New York.

Though it is well established that indigenous Native Americans occupied what are today known as Long Island and Fire Island for many centuries before Europeans arrived, there has existed a long-standing myth that Long Island and nearby Fire Island were occupied by ‘thirteen tribes’ ‘neatly divided into thirteen tribal units, beginning with the Canarsie who lived in present-day Brooklyn and ending with the Montauk on the far eastern end of the island.’ Modern ethnographic research indicates, however, that before the European invasion, Long Island and Fire Island were occupied by ‘indigenous groups […] organized into village systems with varying levels of social complexity. They lived in small communities that were connected in an intricate web of kinship relations […] there were probably no native peoples living in tribal systems on Long Island until after the Europeans arrived. […] The communities appear to have been divided into two general culture areas that overlapped in the area known today as the Hempstead Plains […]. The western groups spoke the Delaware-Munsee dialect of Algonquian and shared cultural characteristics such as the longhouse system of social organization with their brethren in what is now New Jersey and Delaware. The linguistic affiliation of the eastern groups is less well understood […] Goddard […] concluded that the languages here are related to the southern New England Algonquian dialects, but he could only speculate on the nature of these relationships […]. Working with a few brief vocabulary lists of Montauk and Unquachog, he suggested that the Montauk might be related to Mohegan-Pequot and the Unquachog might possibly be grouped with the Quiripi of western Connecticut. The information on the Shinnecock was too sparse for any determination […] The most common pattern of indigenous life on Long Island prior to the intervention of the whites was the autonomous village linked by kinship to its neighbors.’

‘Most of the ‘tribal’ names with which we are now familiar do not appear to have been recognized by either the first European observers or by the original inhabitants until the process of land purchases began after the first settlements were established. We simply do not know what these people called themselves, but all the ethnographic data on North American Indian cultures suggest that they identified themselves in terms of lineage and clan membership. […] The English and Dutch were frustrated by this lack of structure because it made land purchase so difficult. Deeds, according to the European concept of property, had to be signed by identifiable owners with authority to sell and have specific boundaries on a map. The relatively amorphous leadership structure of the Long Island communities, the imprecise delineation of hunting ground boundaries, and their view of the land as a living entity to be used rather than owned made conventional European real estate deals nearly impossible to negotiate. The surviving primary records suggest that the Dutch and English remedied this situation by pressing cooperative local sachems to establish a more structured political base in their communities and to define their communities as ‘tribes’ with specific boundaries […] The Montauk, under the leadership of Wyandanch in the mid-seventeenth century, and the Matinnecock, under the sachems Suscaneman and Tackapousha, do appear to have developed rather tenuous coalitions as a result of their contact with the English settlers.’

‘An early example of [European] intervention into Native American political institutions is a 1664 agreement wherein the East Hampton and Southampton officials appointed a sunk squaw named Quashawam to govern both the Shinnecock and the Montauk.’