Finding Reliable Boiler Repair Near Me in Hempstead NY

Are you a homeowner or a business that needs to have your boiler repaired? Maybe you’re not sure if that is the best thing to do. Repairing your boiler is not only the most cost effective way to get it back up and running, but it’s the fastest way too. It is especially important when the colder months are upon us, particularly here in NassauCounty NY,where if the heat goes out, it needs to get repaired as quickly as possible. There is no time to waste getting the heat back on for the comfort and safety of your family, friends, employees and customers.

Because you are less likely to notice a problem with your boiler in the Spring and Summer, any issues you may have will most likely be concentrated in the colder seasons, and we all know how cold it can get here in Nassau and Nassau County NY. If you are noticing some issues when you turn the boiler back on in the Fall, it may not be a major problem, but more of a minor concern that can be easily, quickly and/or cost effectively repaired. If your boiler repairs are few and far between then it may be better to address the issue at hand and repair the boiler’s issue. If your boiler’s repairs are more frequent, then KS Mechanical Services in Hempstead NY can advise you on what is the best way to address your situation, whether it be to repair it or if it’s in your best interest and safety to simply replace it.

Although there are surely benefits to upgrading your boiler to a brand new one, it is certainly not necessary to do so as long as the minor repairs will bring the boiler back to a point where it is functioning properly and safely for the time being. So, even if it is your plan to replace the boiler in the near future, performing repairs will give you some more time before having to replace the entire unit. If the unit is around 10 years old then it may make more sense to repair it rather than to replace it. If the boiler is inching closer to 20 years old then KS Mechanical Services will help you evaluate the age and condition of the unit and see if the repairs are in fact going to be less costly than just replacing it altogether.

One of the biggest issues you may run into with repairing an older boiler would be acquiring the necessary parts for it. The older the unit is, the less likely the parts for it are readily available or available at all. This is where weighing the cost and time to repair the unit against replacing the unit comes in. The repair itself may be a routine and simple one, but if you have to wait a significant period of time to find, order and have the parts shipped before the repair can begin, then maybe it would be time to consider a replacement. Warranty comes into play at this point as well. How much out of pocket money are you willing to part with? Going with a new unit gives you a brand new warranty and peace of mind for any of the near future repairs that may need to happen.

Operating out of Hempstead NY for over ten years while serving all of Nassau and Nassau County along with all of the greater NY City area, we have prided ourselves in always being thorough in our assessments and operating in the best interest of our customers. 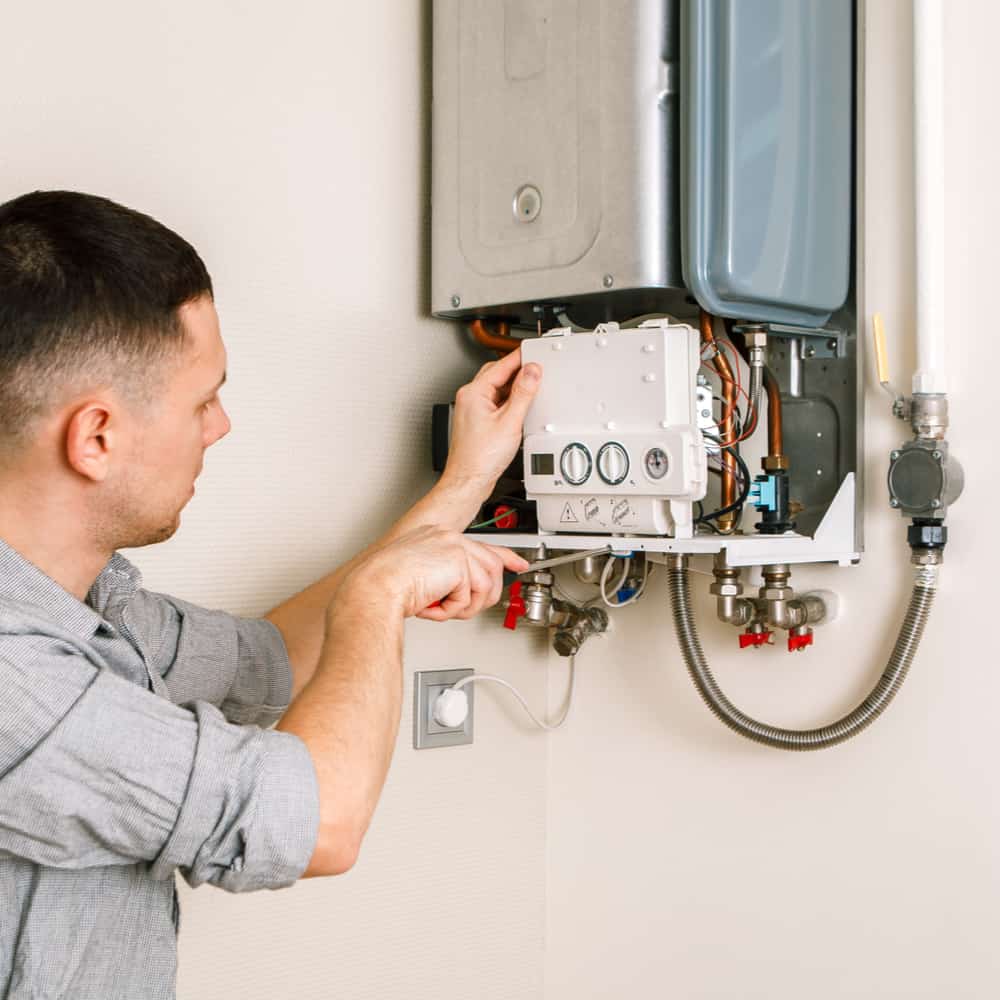 Why Annual Servicing is So Important

The best way to avoid emergency repairs is to have your boiler serviced regularly. A yearly inspection and servicing will get you ahead of any potential problems and deal with them before they become an emergency. Servicing your boiler annually will not only keep you ahead of any issue but it will give you peace of mind as well. Handling any issue while the weather is still comfortable and tolerable is in your best interest. It will make any repairs that need to be done less challenging for you and your family. Relieve yourself of any worry and stress as the cold months approach by knowing that your boiler is ready to take on the chill. If you look after a loved one who doesn’t live with you or know of someone who lives alone and may be in a bad position if their boiler were to have an issue, maybe it’s best to either suggest they have a check done on their boiler or you schedule a checkup for them as well. It’s always better to be safe than sorry.

Staying Warm and Safe During the Repairs

While you are waiting for your boiler to be back up and running, please stay warm and stay safe. It is especially important to keep the eldery and young children at a comfortable temperature, but please do so in a safe manner. Warm blankets, electric blankets, hot water bottles, layering clothing, wearing non-slip slippers and mittens, and utilizing electric space heaters are a good way to stay warm in the meanwhile. It is also useful to keep any heat in while keeping the cold air out by closing the curtains and closing the doors. Try to stay in one room or one area of the house and concentrate on keeping the heat in that space. It is easier to contain the heat in a smaller space than trying to keep the whole house comfortable. Even further, try to use a towel or a blanket to seal along the bottoms of the doors or windows to avoid losing any heat that you are building up. Lastly, eat warm foods. Warming yourself from the inside can be equally as helpful. Having a nice bowl of soup or having a cozy cup of coffee, tea or hot chocolate will warm your hands as well as your bones.

If you are looking for quality boiler repair by a company with over ten years of experience, then look no further than boiler repair Hempstead NY and the surrounding areas by KS Mechanical Services. We pride ourselves in supplying you with our expert technicians and our exceptional service department. Give us a call at 631-889-3617 today!

Some information about Hempstead, NY

The Town of Hempstead is one of the three towns in Nassau County in the U.S. state of New York. It occupies the southwestern part of the county, on the western half of Long Island. Twenty-two incorporated villages are completely or partially within the town. The town’s combined population was 759,757 at the 2010 census, which is the majority of the population of the county and by far the largest of any town in New York. In 2019, its combined population increased to an estimated 759,793 according to the American Community Survey.

The town was first settled around 1644 following the establishment of a treaty between English colonists, John Carman and Robert Fordham, and the Lenape Indians in 1643. Although the settlers were from the English colony of Connecticut, a patent was issued by the government of New Netherland after the settlers had purchased land from the local natives. This transaction is depicted in a mural in the Hempstead Village Hall, reproduced from a poster commemorating the 300th anniversary of Hempstead Village.

In local Dutch-language documents of the 1640s and later, the town was invariably called Heemstede, and several of Hempstead’s original 50 patentees were Dutch, suggesting that Hempstead was named after the Dutch town and/or castle Heemstede, which are near the cities of Haarlem and Amsterdam. However, the authorities possibly had Dutchified a name given by co-founder John Carman, who was born in 1606 in Hemel Hempstead, Hertfordshire, England, on land owned by his ancestors since the 13th century.

In 1664, the settlement under the new Province of New York adopted the Duke’s Laws, austere statutes that became the basis upon which the laws of many colonies were to be founded. For a time, Hempstead became known as ‘Old Blue’, as a result of the ‘Blue Laws’.