What is scarier than that noise coming from your basement or utility closet? The fear of not having heat when those chilly days and nights are here! It is common to only be aware of an issue with your oil boiler only once the weather has switched over because you are only starting to use your unit in the colder months. Having your oil boiler serviced by KS Mechanical Services in the months prior to the cold setting in is ideal, but if you have an issue then it needs to be addressed regardless. Some noises are common and should not be causing alarm. A mild gurgling for instance is totally normal. Other noises that seem loud or constant should be paid attention to immediately upon noticing them.

Who Do I Call?

Who do you want to call when there are noises coming from your oil boiler? The only answer is KS Mechanical Services in Montauk NY in Suffolk County. We are a proud provider of oil boiler services to all of Long Island and the greater NY area for over a decade. We take pride in our work and dedication to our customers.

What Type of Noise is Your Boiler Making?

Different noises are related to different issues. Vibrating type noises could be attributed to loose brackets that need to be tightened. You may hear a loud banging noise that could be a result of debris build up on the boiler’s heat exchange or a faulty thermostat. A gurgling type noise could be the result of low water pressure, a frozen condensate pipe or trapped air. It is normal for a small amount of gurgling to occur, but if it seems louder than normal or excessive then it is advised to have it inspected. A whistling noise is noticeable when there is a build up of calcium or limescale. This is more common in areas where there is hard water. Lastly there may be a banging or tapping. This could be due to overheating or the pipework simply not being secured.

Where Does the Noise Seem to be Coming From?

Determine where the noise may be coming from. The banging may be coming from inside the unit itself or from the radiator or pipes. When you call KS Mechanical Services in Montauk NY with as much information as possible, it may be a bit easier to assess the situation or the urgency involved. 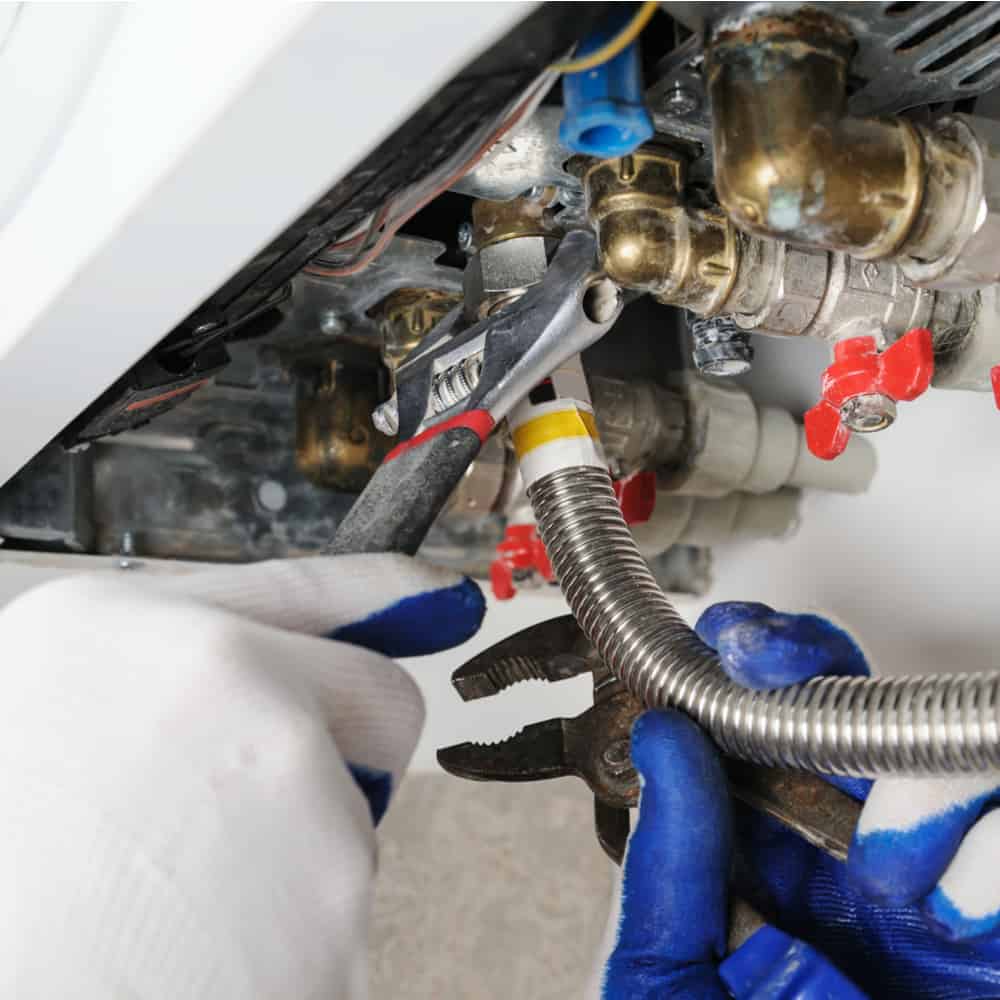 Why is this Happening?

The best way to stay ahead of any potential issues is to be on a scheduled yearly serving plan. Having a full inspection every year will ensure that if there is any sign of corrosion or defect that it will be noticed early enough to take care of the issue and fix whatever has the potential of making your oil boiler malfunction before it becomes a problem.

How to Do a Quick Assessment Yourself

Once you have clearly noticed that your oil boiler is making noises that are noticeable or alarming take a look around. The radiator may need bleeding to relieve some pressure. Bleeding the radiator is certainly something you can do yourself but is never recommended you do if you are not familiar with or comfortable with doing so. You must always use caution and act as safely as possible as to not hurt yourself or potentially cause more damage. You may have low water pressure causing a gurgling sound which can be checked by taking a look at the pressure gauge on the boiler. You can also check to see if the condensate pipe outside of your home which is usually a white overflow pipe is frozen. Your boiler may also display an error code which will narrow down what the issue is. An error code may not always show even though there is an identifiable error so don’t base your assessment solely off of that.

KS Mechanical Services takes pride in always doing what is in the best interest of our customers and never recommending anything that isn’t necessary. We have had a long and successful decade plus of service to homeowners and business owners all over Nassau and Suffolk and the greater NY area because of our honesty and commitment to exceptional service.

We provide emergency boiler servicing as well as scheduled annual service. If you do not have an emergency then we are happy to set up a servicing appointment to ensure your boiler is working safely and efficiently so that you are ready to face the cold Fall and Winter months with confidence. We pride ourselves in only doing work that is absolutely necessary and never taking advantage of our fellow, hardworking Long Islanders. Servicing is available for both Nassau and Suffolk along with the Greater NY area for all residential and commercial needs.

Staying Warm and Safe During the Repairs

While you are waiting for your boiler to be back up and running, please stay warm and stay safe. It is especially important to keep the eldery and young children at a comfortable temperature, but please do so in a safe manner. Warm blankets, layering clothing, and utilizing electric space heaters are a good way to stay warm in the meanwhile. It is also useful to keep any heat in while keeping the cold air out by closing the curtains and closing the doors. Try to stay in one room or one area of the house and concentrate on keeping the heat in that space. Warming yourself up from the inside can be equally as helpful. Having a nice bowl of soup or having a warm cup of coffee, tea or hot chocolate will warm your hands as well as your bones.

If you are looking for quality boiler repair by a company with over ten years of experience, then look no further than boiler repair in Montauk Suffolk County NY and the surrounding areas by KS Mechanical Services. We pride ourselves in supplying you with our expert technicians and our exceptional service department. Give us a call at 631-889-3617 today!

Some information about Montauk, NY

Montauk is a hamlet and census-designated place (CDP) in the Town of East Hampton in Suffolk County, New York, on the eastern end of the South Shore of Long Island. As of the 2010 United States census, the CDP’s population was 3,326.

Montauk derives its name from the Montaukett tribe, an Algonquian-speaking tribe who lived in the area. In 1614, Dutch explorer Adriaen Block encountered the tribe at Montauk Point, which he named Hoeck van de Visschers, or ‘Point of the Fishers’. Two decades later, in 1637, the Montauketts sided for their own protection with the New England settlers in the Pequot War in Connecticut. In the aftermath the Montauketts were to sell Gardiners Island. In 1648 what would become the Town of Easthampton (first Maidstone) was sold to settlers by the colony of Connecticut and the colony of New Haven while retaining the lands to the east, from the hills rising above where the first fort stood (Napeague, New York) to Montauk Point. The western boundary of today’s Hither Hills State Park is also known as the 1648 purchase line.

In 1653, Narragansetts under Ninigret attacked and burned the Montaukett village, killing 30 and capturing one of Chief Wyandanch’s daughters. The daughter was recovered with the aid of Lion Gardiner (who in turn was given a large portion of Smithtown, New York in appreciation). The Montauketts, ravaged by smallpox and fearing extermination by the Narragansetts, were provided temporary refuge by white settlers in East Hampton. Many short but famous battles ensued. The skirmishes ended in 1657. Fort Pond Bay derives its name from a Montaukett ‘fort’ on its shore. A deed was issued in 1661 titled ‘Ye deed of Guift’ which granted all of the lands east of Fort Pond to be for the common use of both the Indians and the townsmen.

Further purchase agreements were entered into in 1661, 1672 and 1686 which, among other things, allowed a group of Easthampton townsmen to graze cattle on the Montaukett lands. While some lands were protected in the agreements as forest land, for the most part, all of Montauk was maintained by the townsmen as a private livestock and fisheries operation. As a result of Montauk being operated as a livestock operation, it is considered to be the oldest cattle ranch in the United States.